EX is very proud to announce its participation at Pinta Miami, invitated by its director Diego Costa. Our participation has been possible thanks to the support of Arts Connection, L & A Projects and Veronika VR Solutions.

EX is one of the few initiatives fully devoted to electronic art in Spain, and in spite its short trajectory, has already managed to establish itself as a reference in Spanish New Media. A proof of this it’s the success obtained by the electronic and experimental art international open call. 2016’s is its third edition. For EX’s first exhibition in the States, it’s been selected a collection of works with a common discourse on negation and interference as medium recoding mechanisms. These are works by both emerging and mid-career artists.

Martin Reiche’s work consists on a connective structure placed between two signals, that produces a systemic interference. By questioning its functionality, the piece emerges as a sculpture that reflects on the promise of a over connected world. José Sánchez also turns to negation. In his piece a fan, like a broken screen, attacks the eye causing its retreat to the blind labyrinth of the human body, allowing another constitution of the image. Ian Flitman’s algorithmic narration reflects on a language that oscillates between an absent writing, a speaking action and the potential definition of electronic as a diffuse path for self-constitution. PolakVanBekkum’s work is a landscape originated from both the interference and coupling of two different media estrategies, a binaural microphone and a gps. The spectator is shown into a virtual walk through a distorted scenario, caused by the cooperation and distance between both devices. Lastly, it shall be presented Arturo Moya Villén’s work. His practice explores the violence and alienation of a word that vanishes through media. His work proposes a negative interactivity that forces the spectator to deny the work to enable its meaning.

Beyond Non-deterministic Connections Version B is a sculptural network of Bayonet Neill-Concelman (BNC) tee connectors and a two-channel video installation. Serving as a monumental analog video mixer, BNC B is also a statement and metaphor for global connectedness. With its sharp 90 degree angles its structure developed out of the aesthetics of L-systems, a class of generative algorithms that have widely been used in the modelling of plants and recursive processes and are representative for the governance of algorithms and data today.

Martin Reiche is a media artist living and working in Berlin, Germany, and is regularly presenting on professional computer science and digital art and gaming conferences. His artistic work has been shown at numerous festivals and museums around the world.

Jose Sánchez’s original background belongs to the design of the sculptoric form using glassy-state materials like blown glass and porcelain. He studied in Spain and UK at centers historically linked to the industrial past of those materials where he developed initial works that where involved into the artistic interpretation of their specific techniques and qualities of shape, transparency and finishings. As an student he took courses with international glass artist like Walter lieberman and Sally Fawkes. He holds exhibitions at both countries and got awarded two times in 2009 in UK, and recently in Spain at Justech ́16. He also has been part of International artistic fairs and festivals in Alicante, Valencia and Madrid.

Despite Jose Sánchez was trained as a glassblower his recent works expands his previous artistic languaje to diverse mediums through strategies of appropriation, opening the scope as a way for making his art able to deal with contemporary issues related to human visuality. His artworks aims to use the exhibition field as way to examine presence beyond the screens; as well as a platform to trigger dialogic queries that targets the visual as a key to understanding culture.

Part of the 250 Miles Crossing Philadelphia project, The Mailman’s Bag 2015 is a very dear work to us. The sounds are recorded directly from the bag containing the mail being distributed by the mailman. The work uses an innovative way of binaural sound recording: the bag becomes equipped with „human” ears, and becomes the protagonist. As the bag never parts from the mailman’s body, the recording stays very close to the moment to moment interaction of mail delivery. An interaction that both takes place between humans: the postman and the citizen and between objects: mail and mailbox.

Every movement of the bag is recorded with a GPS- device. Those movements are recreated with a custom software in Google Steetview. Because of the limitations of the Streetview 3D algorithm a machine-world like glitch is produced. Two worlds, the realistic sound and the weird automated 3D glitch, never totally meet. It is in the gap between those, that the poetry of the project emerges in the mind of the beholder.

Esther Polak and Ivar van Bekkum work together as artist-couple under the name PolakVanBekkum. Their work focusses on landscape and mobility.

In 2005 Esther Polak did receive a Golden Nica for interactive Art at Ars Electronica together with Ieva Auzina, for their MILKproject. Since 2002 we (PolakVanBekkum) initiated innovative projects about mobility and landscape. Our primary focus is: the performativity of mobility. What does mobility bring about, create?

Within our projects, we concentrate on mobility patterns (of people, products, animals, machines) and their artistic potential. In the execution we focus on the perspective of the individual: step by step, project by project we are looking for different ways of putting this point of view center stage.

Jane’ is a series of films comprising of six conversations between two men about a woman they share; both are married to a woman called Jill. Each conversation is replete with options for dialogue and camera angles that are initially randomly selected. The work also allows for user selection through navigation of the interactive master script for each selected conversation. Films last between over three minutes to a little over five.

Form follows function as the vagaries of desire that the mythical woman Jane embodies finds its perfect expression in the deliberately pliable text. ‘Jane’ eschews branching narrative. Instead variants that have localized polyvalence propagate semantically across neighbouring content. These maintain credible meaning in each combination of the very many compound possibilities available.

Ian Flitman works in algorithmic narrative. Previous work incluyes Hackney Girl (2003), a self-editing video diary about the artista moving from London to Istanbul. A road movie and love story, Hackney Girl reconstitutes the act of watching film into an exercise in pattern recognition as viewers compare differently nuanced versions of the same narrative. ‘The People’ (2010) is a series of films of people listening to the poem ‘The People’ by Yeats. Users can choose the number and identity of the listeners, who they listen to, and what background music/sonic atmospherics accompany them. 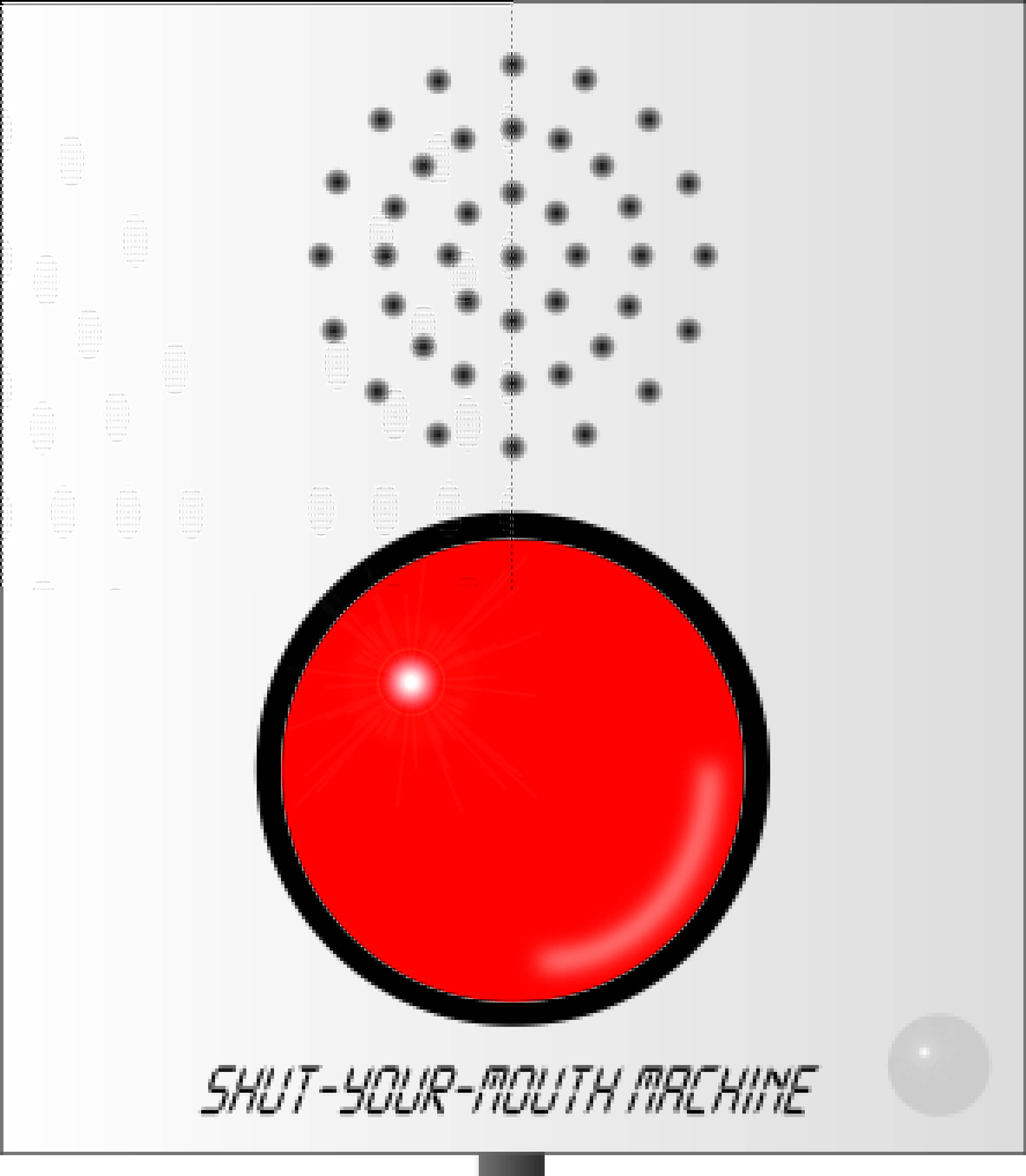 The Shut-Your-Mouth Machine is a device inspired by the arcade game Whac-A-Mole, and its particular way of negative interaction. The game typically consists in smashing moles when they pop up from holes distributed on a plane. Constructing the meaning of the piece through its negation is one of my personal interests, and I have been working on it in recent years, unfolding a critical approach to such interactive works where the user has a total degree of control over the mechanism. In this case the negation is metaphorical and physical, because the game lies in pushing a big red button to silence the voice projected by the device. What you hear is my personal recorded voice talking about the work. So, when you push the button you are silencing my own speech. I am interested in proposing a work that constrains the user to deny it, a work where there is a circular contradiction between listening and silencing: maybe I would want to listen to the voice, but if I want to complete the game I have to stop the meaning contained in the voice. So the meaning doesn’t simply come from my voice, but from the collaboration between my speech and those who restrain it. In this sense, the work includes a critical to traditional relationship between a work of art and its receiver.

Arturo Moya Villen is a Sound Artist, New Media Artist, Composer and Curator. His work -which includes interactive installations, sound installations, performance with bio sensors, electroacoustic music, video art, etc.- has been exhibited in galleries, museums and festivals in Europe, South, Centre and North America. In his work he explores the relationship between body and discourse through Electronic Media. He is one of EX’s founders and its first president.